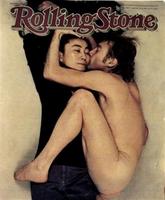 This is a magazine cover of John Lennon, obviously naked posed with full clothed Yoko Ono. The cover had been ranked the top magazine cover of the last 40 years by a panel of magazine editors, artists and designers. erm. i donnolah. Looks distasteful to me, more of a turn-off.

Well, nak cerita nih. I actually saw this magazine when i was a kid. It was my uncle’s. Just saw the front cover, that’s it. I didn’t get to flip through it as my uncle quickly took it from my hand. sigh. but honestly, i thought it was a snake. Now come to think of it, it does looks like a snake, kan? A snake curled around a dead tree. haha. no offence to the Yoko’s fans out there, yeah? ok. hope y’all had a nice weekend. sigh. deadline.. deadline.. deadline

Dance with my papa

Can we make it somehow?

This is the one, definitely

The only stress reliever is to listen to this!!!

The Road Not Taken